I became pregnant by a dragon at Bronnikov's school!

Vyacheslav Bronnikov is a very well-known Russian researcher for his techniques that allow blind people to see again and sighted people to see with their eyes closed and blindfolded. His researches were endorsed by the famous Russian neurologist Natalya Bekhtereva director of the Human Brain Institute in Saint Petersburg, who studied the effects of the brains activity caused by Bronnikov's method. Bronnikov's school intends to develop the “Cosmic” human being, a human being that's able to use every capability in the human species and not only the ones we don’t use, but also the ones we don’t even know about. All this is done step by step, with caution, because this kind of work develops new brain connections that can be dangerous if you don’t follow specific safety rules. Bronnikov doesn’t introduce himself as a teacher but merely as a guide Mr. Bronnikov says: “Even if I am the teacher of this system, there is no teacher in this system, I am only a guide, a helper: I help you to find the knowledge hidden inside you“.

In the first level of the method you are taught a set of easy exercises taken from western and eastern tradition that will increase your sensitivity and rise your energy levels quickly to be able to work with your brain. Today our brain is very much under pressure, there are so many stimulus everywhere (computer, the web, smartphones, FB, TV, etc). It seems that many diseases are due to our brain’s lack of energy, in effect if it doesn’t have enough of it will suck it from your organs. So, if you want to develop your brain, first of all you need to have enough energy! The development will concern especially its ”ancient” structures as other “structures” less known. One is the Psychobiocomputer, a word Russian scientists use to identify the “software” running on the screen of our computer, the brain (hardware).

All of us have this “structure” more or less activated. Many artists, sensitives, shamans, and even many “lunatics” have their Psychobiocomputer very well activated, but they rarely are in control of it. And because of this, they can create extraordinary works but usually their life is miserable. But, if you have an active and well trained Psychobiocomputer, you have a tremendous tool!!! Think about this: children trained at the Bronnikov school are able to read and store in their mind a whole book , even if it is closed in front of them, and retrieve information in any point of it at their pleasure any time they want to! Oh I wish I had known this method before, it would have saved me so many ”scholastic” troubles!!!

Having already done level 1 and level 2 of Bronnikov's method, I decided with my friend and adventures buddy Emanuela to fly to Feodosiya where every summer Bronnikov himself gives lectures and seminars. In July there were seminars for development of children and youth while in august there were “advanced spirituality” seminars. Titles were strange: one was called “the living ship” another was about an elusive “black pearl” another one was about the Krypton civilization, and the last one about Kronos and time….wow…am I going to visit a lunatic???!! Is he really saying that Superman is true and alive??? The decision was made so we left with all our doubts hanging over us..., if he is crazy, we thought, anyway we will take this opportunity to spend our holiday bathing in the beautiful Black Sea! Feodosiya is a nice city on the coast, big old decadent palaces, monuments to soldiers and communism, but also many fast foods, a nice and interesting plot of old and contemporary world. Almost nobody understands English, it is completely out of international tourism, and trying to translate the Cyrillic alphabet is nearly impossible!!!

So we started our lessons in Bronnikov's Center, a big white villa with a big garden. Theory was given inside while exercises were done outside, in the garden, where a big double star is painted on the ground. Bronnikov speaks in Russian but we have an interpreter that does what he can trying to translate very difficult subjects that seems incomprehensible such as how our world functions, how we are made, the worlds in which we live, the forces inside us and outside…so many things I have never heard of, or if I did in a totally different way…He said: “I know what I'm telling is difficult but look at the schemes (he's always drawing on a blackboard) and in time they will speak to you!”

The seminar on Krypton was really about…Krypton, a very evolved civilization that is going to teach us new technologies and much more. It seems that many movies we see now (X-Man, Star Wars, the Enterprise and company) are a kind of preparation or precognition of what will be in the future. In the afternoon we gather in the garden to make a connection with members of this civilization, Bronnikov asks his specialists ( people trained with the method able to see not only inside the body but also the invisible world around us) to put on their masks and to check what's happening during this connection…my brain fizzes like a seven up…wow! what an experience!!! Then he teaches us how to use this connection as a protection and other purposes. I ask him: “How can we know if we really contact Khryptonians and not other “beings”? He says: “We are talking about essences, energies, not about real beings, if you want you can call them in other ways, it's the same!”.

So days pass by, slowly, in the typical summer hot weather of the Crimea, between lessons semi-incomprehensible and fantastic new ideas, exercises and more extraordinary things are done together with a friendly group of people coming from all over Russia, with whom we communicate using big smiles and hand gestures. We wake up early because at 6 am we begin the first series of exercises, lasting about 2 hours and at the end of the day we go to sleep, talking till late about sensations, thoughts... Probably who was in the Gurdjieff’s Fontainebleau Institute learning his Fourth Way was feeling exactly the same….this thought electrifies me as I have been a fan of Gurdjieff since I was a girl.

The last day Bronnikov decides to do a strong exercise with us. We lay down in the center of the star while some of our companions move the energies and create connections with different kinds of essences, among them, Kronos and dragons. Suddenly I feel something in my belly moving... what is happening?? I feel like a baby is moving inside me, while my eyes become 2 tunnels of light and my face is feeling strange… longer, bigger, different position of nose and eyes… in a while I feel I`m disappearing in another dimension. The exercise finishes, little by little (it took some time this time!) everything comes back to normal… As always, these sensations are due to activation of unknown functions in our brain… or not?

I tell Bronnnikov: “Krypton, Kronos, the dragon… but here, in your center, it's like being in a science fiction movie!!” And he replies: “I am living in it all my life!” 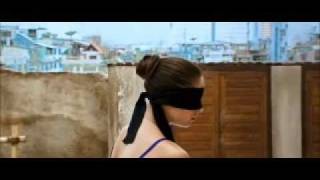